During the first quarter of the 21st century we attend to a dazzling process of changes, in every order and aspect of human life. One of these transformations is portrayed in the transcontinental migration phenomenon. However, inside the developed countries, exodus refers specifically to the movement from rural to urbanistic areas. For 2050, it is estimated that 66% (two thirds) of the world’s population will live in cities. The counterargument is, “nostalgia” for Nature from the heart (and the mind) is emerging among a great part of urbanites who – ultimately – are human beings originating from “Mother Nature”.

Against the cluster, pollution, rush, housing downsizing, shortage of time, the speed of daily routine… and other conflicts Modern life brings against natural harmony, increases the demand for spiritual oxygen, which we only encounter in open spaces where you get lost gazing at the horizon, and dreamy stellar skies.

Jorge Santos, in this sense, a “fantasy manufacturer”, able to convert the dirt on the facade into “a walk among the flowers, trees, the river’s flow or the sea’s waves”. He uses the rainbow to transport himself and escape into each forest and garden he is capable of painting.

Jorge Santos is a pioneer when fostering “natural” murals “urban surface”, which appeal to a deep and relaxing interlude while it is being contemplated, in the middle of the hurriedness and hustle of everyday “craziness” of any metropolitan area. 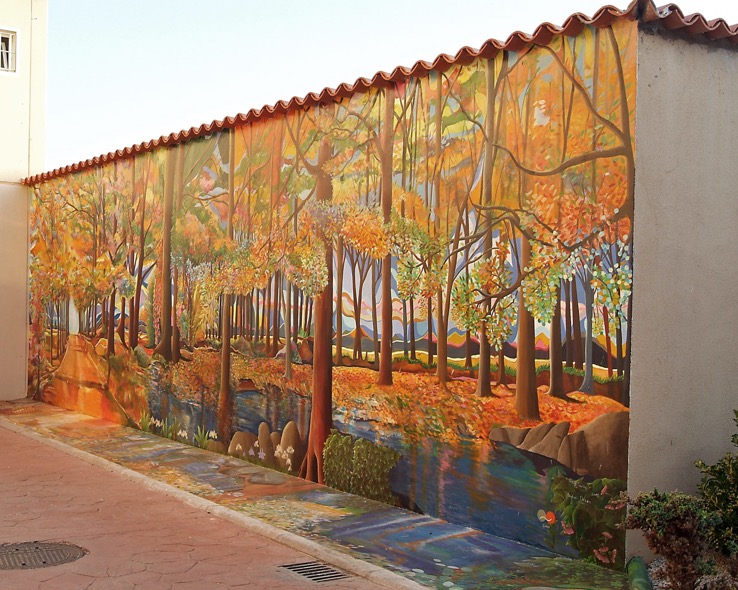 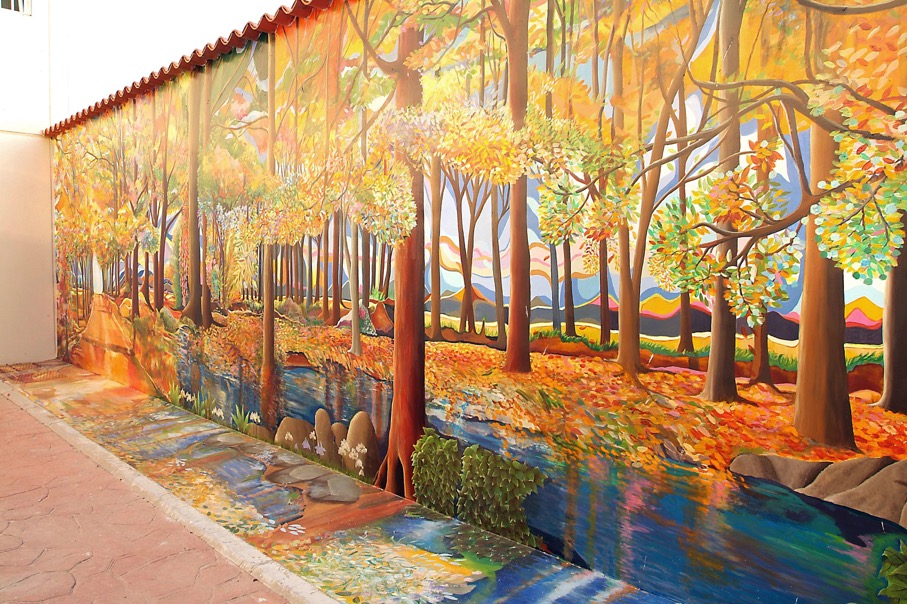 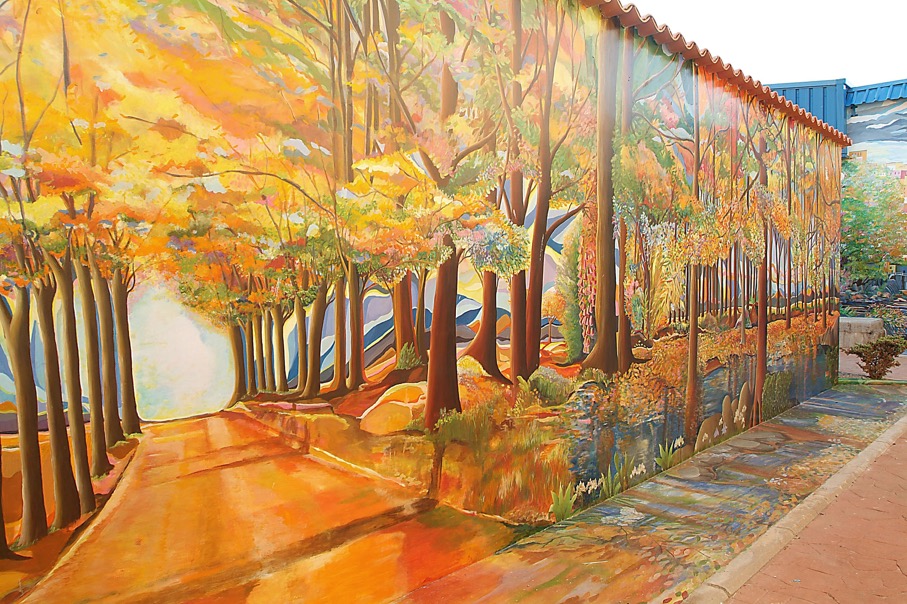 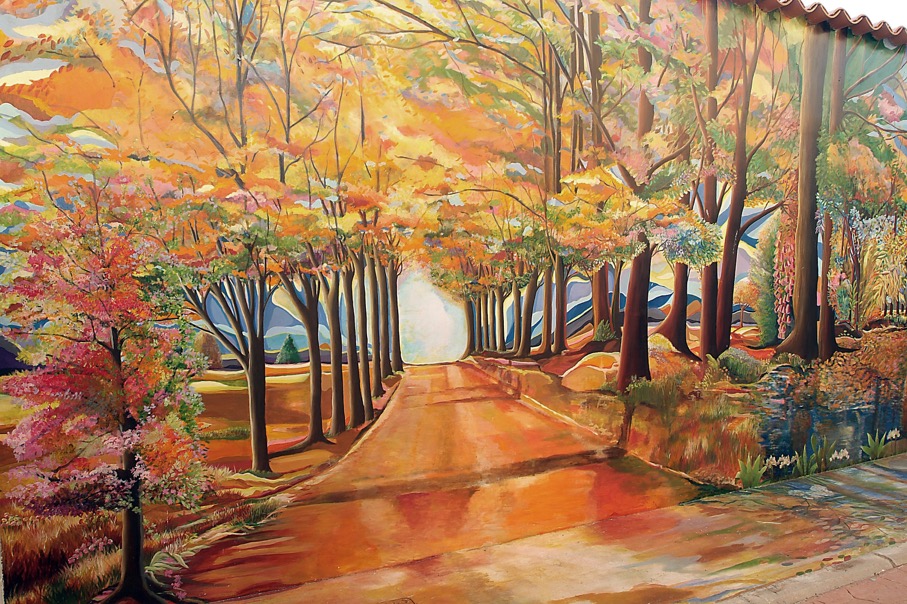 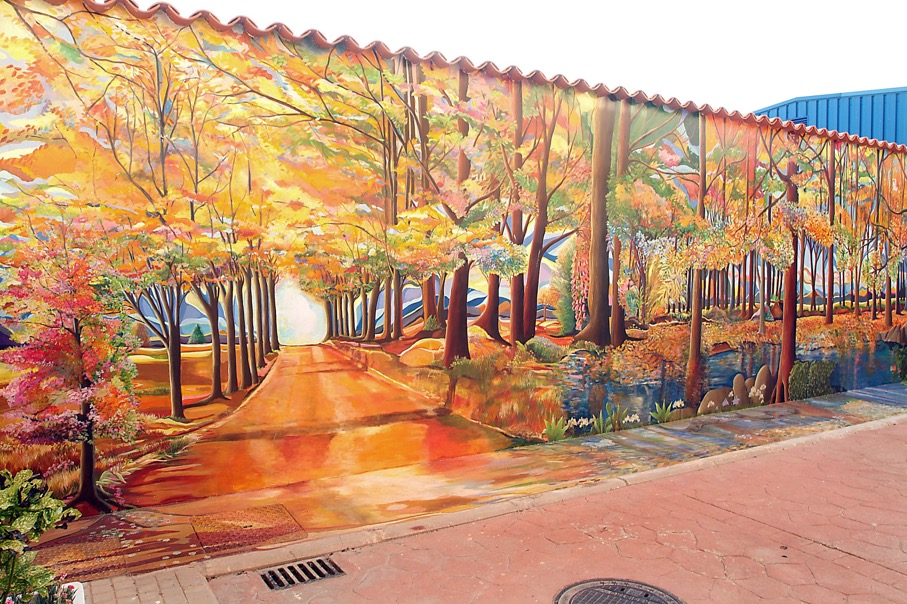 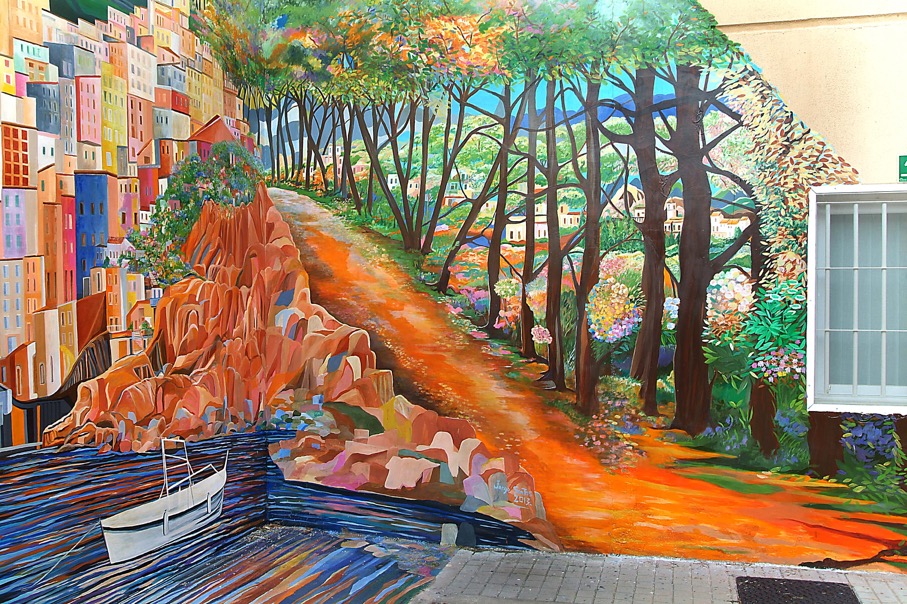 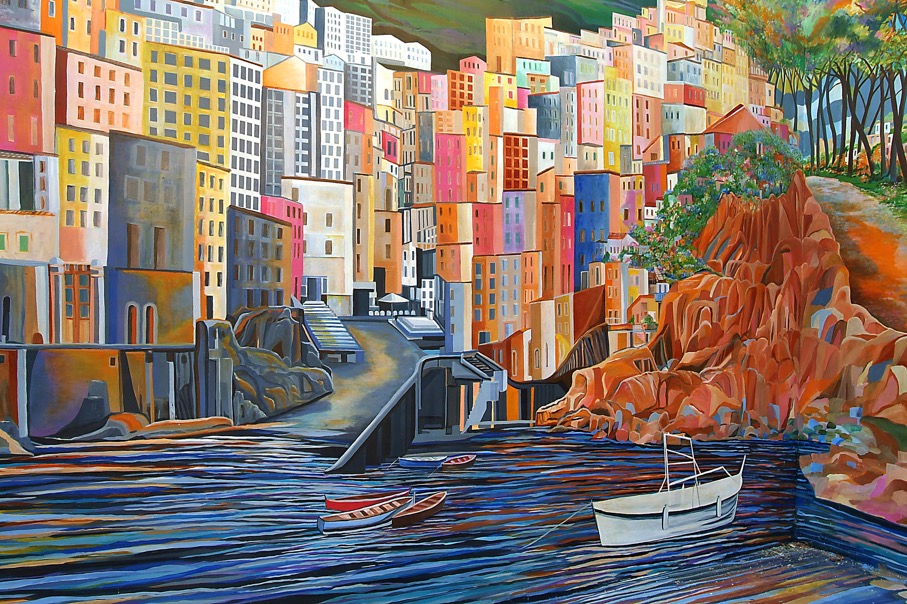 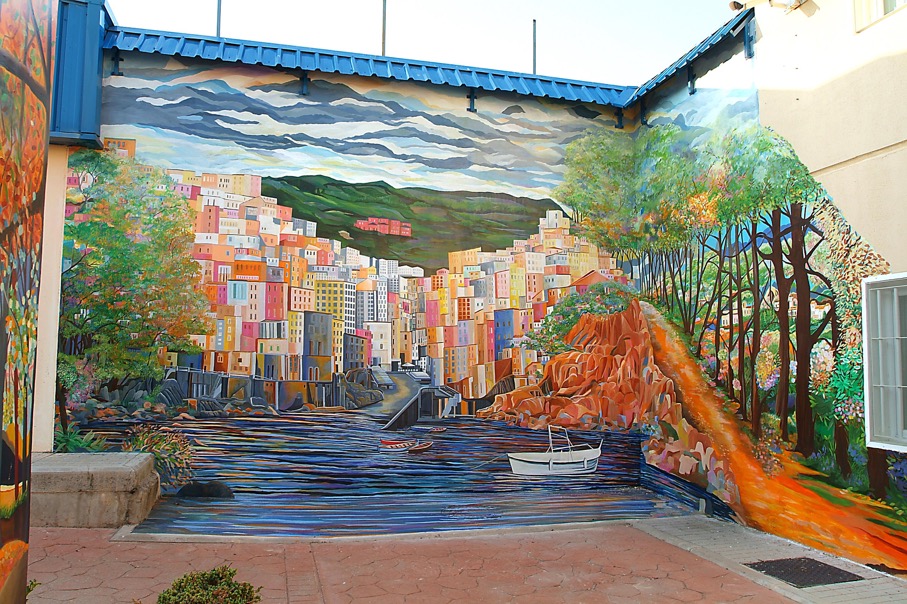 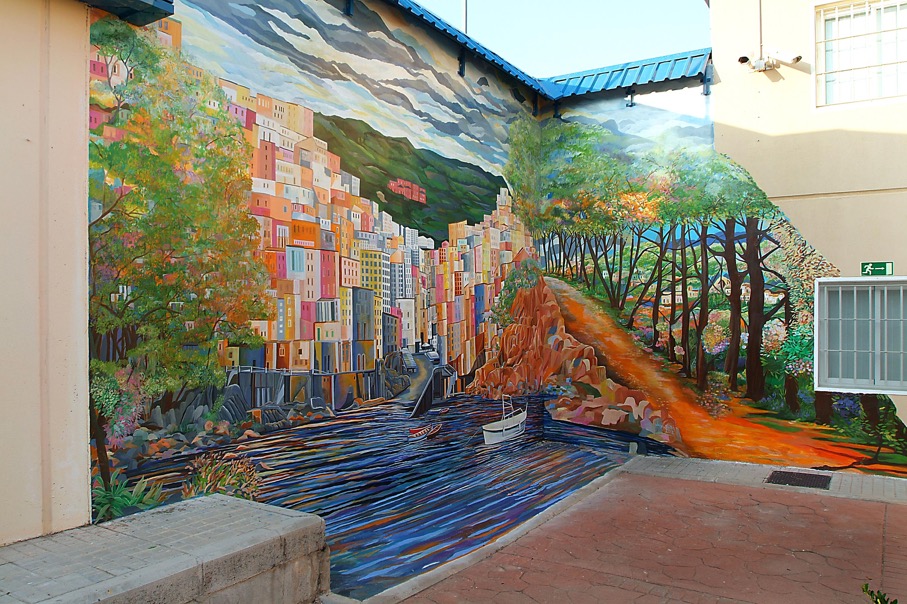 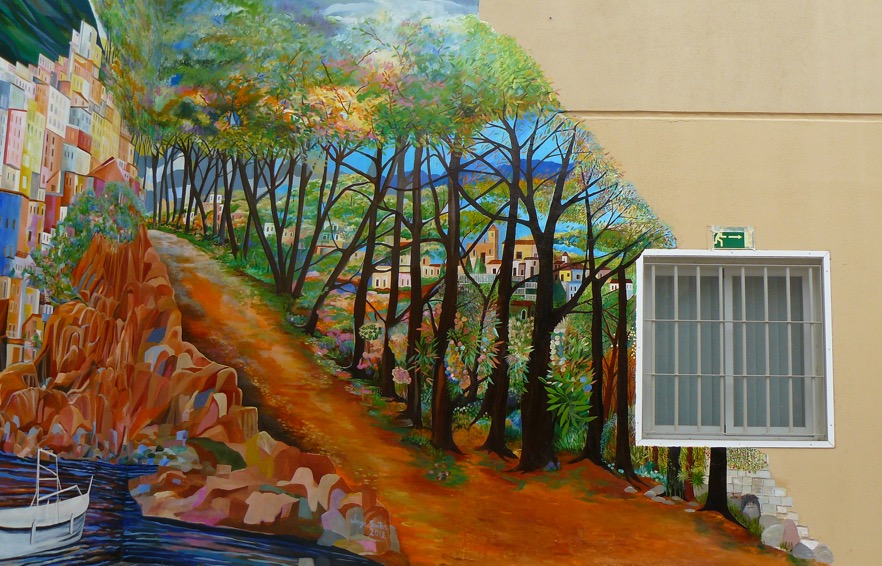 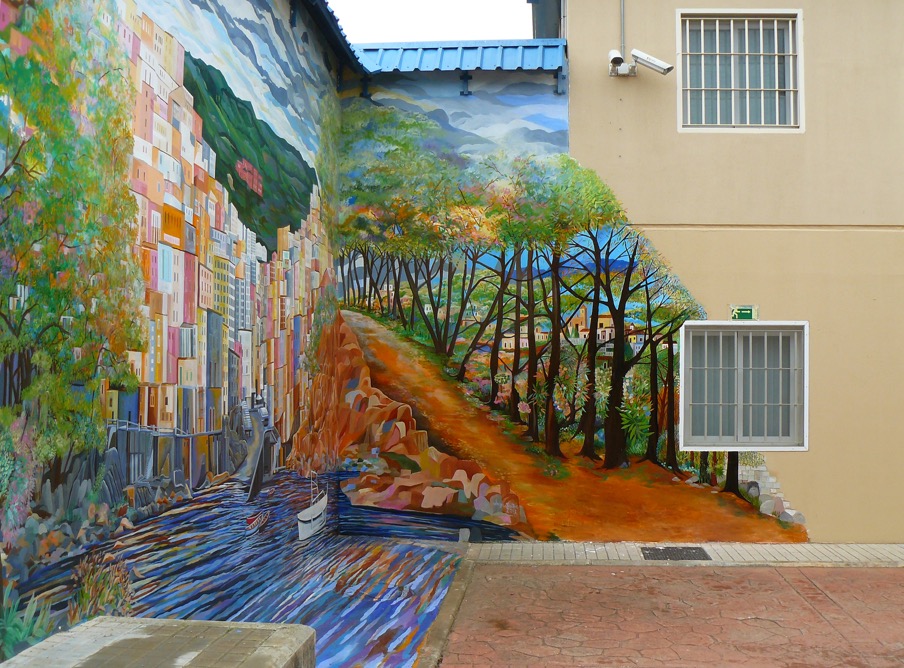 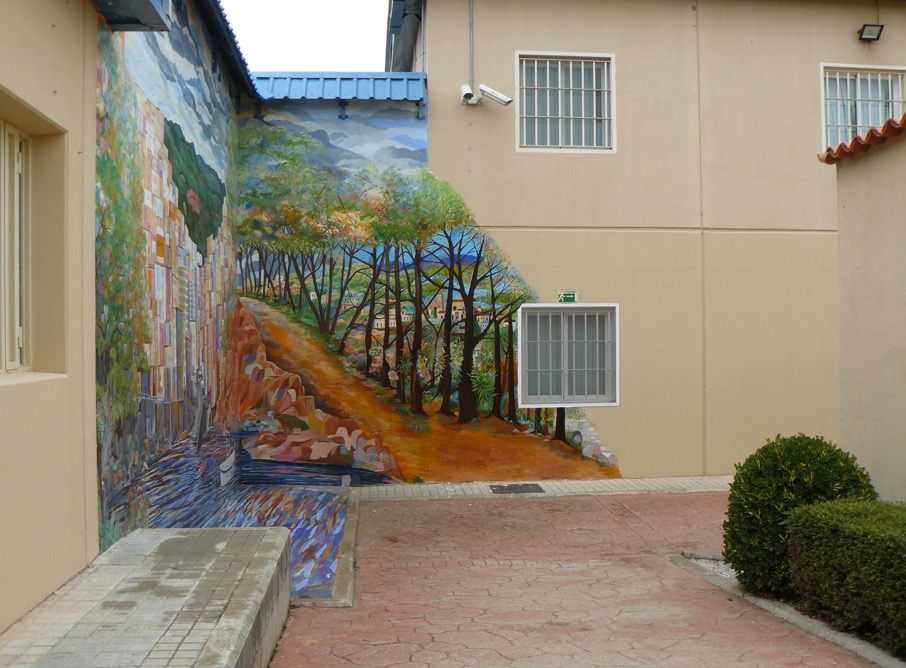